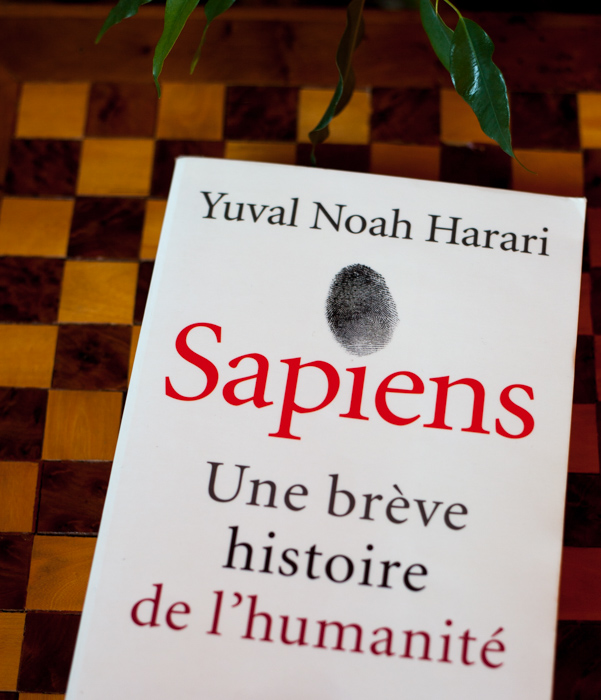 Book of global success, warmly recommended by many personalities of all kinds, Sapiens will enlighten you on our origins. We offer here an overview of the ideas put forward and a modest critique of the book at the bottom of the page.

Yuval Noah Harari cuts human evolution into four major phases: cognitive revolution, agricultural revolution, unification of humanity and finally industrial revolution.
His next book "Homo Deus" aims to project us into the future and if possible will also be the subject of a short report on this blog.

A first part that has the merit of being very precise especially concerning the chronology of human history.

The characteristics of the cognitive revolution :

Harari in a very simple way describes several major phases of human history the first is called the Cognitive Revolution and runs from 70000 years up to 12000 BCE. In this first part, the author describes the evolution of different types of humans. How in particular sapiens (homo sapiens) managed to take over Neanderthal. The author's thesis, (is it shared by the specialists of the subject?), Does sapiens succeed its domination thanks to its capacities of socialization. Harari explains that under 150 individuals a group forms only one band. Above 150 individuals coordinated actions much more effective, for example in hunting, authorizes Sapiens to more influence on its environment. But in order to gather important human groups (more than 150 individuals) they need a link, a belief. So these are beliefs that allowed Homo Sapiens to build bonds and thus to federate to carry out collective actions.

We remember another thesis in the book "Born to Run", also a bestselling book, which develops the idea that Sapiens supplanted Neanderthal thanks to its biomechanical abilities of runner and therefore hunter ...

What differentiates Sapiens from animals and other human species therefore is the ability to exchange through language, to share beliefs and thus to have a common destiny. All human organizations today still only work through this.
Sapiens between 70,000 and 12,000 was a hunter-gatherer, without fixed attachment other than the rhythm of the seasons and their effects on nature. According to the author this marks, "prints" still very much of our behavior and characteristics (nutritional, physiological, biomechanical, psychological, etc.).
The weak traces left by Sapiens make his knowledge fragile. The author tells us the importance of some key moments of Sapiens: the cooking of food and therefore their conservation or the incredible colonization of Australia through navigation, the extermination of an incredible number of animal species yet large sizes (mammoth etc ...), Australia or America.

Sapiens becomes sedentary and gradually tames and transforms the surrounding nature. It transforms by selection plant and animal species.

The wealth and comfort of farming techniques imprisonment and constraint factors :

"The average farmer worked harder than the average hunter-gatherer but did not eat as well. The agricultural revolution was the biggest swindle in history. »(P104). The author considers that by becoming sedentary the farmer loses his freedom. The worry of tomorrow anticipation becoming a source of anxiety, enslavement and ultimately a prison. A long chapter insists on the abuse of animals, a cause dear to Yuval Noah Harari.

Harari insists throughout this chapter on the importance of the imaginary order, its acceptance to make societies and human groups work. This is a human specificity, animals do not need belief to live in groups and even in very large groups (bees, ants etc ...). Harari quotes Voltaire to illustrate his point: "God does not exist but do not tell my valet if he would kill me". Harari explains that the hunter-gatherer did not need to process a large amount of information, unlike the agricultural society that invented, to do this, calculation and writing.The writing, was invented by the Sumerians 3500 years before our era, to precisely store information (stock of crops, businesses, distribution of land, inheritance etc ...).

Part of the book deals with the inequality between men and women since the beginning of humanity. He mentions several hypotheses that explain male domination since the night of time. The first hypothesis is that of male muscular strength. The second is propensity of men to be able to be aggressive. The third explanation is biological and patriarchal genes. The author breaks down each of his three hypotheses to with the help of lengthy arguments then concluded not to understand where this domination comes from.

Harari describes the standardization of cultures and therefore of belief systems. It enumerates three vectors of standardization throughout history: money, empires (physical, cultural, etc.) and religions.

Unification by the currency :

Money is a value of exchange and a certain way of sharing common values. Currency is a belief in the future and in the one that issues this currency. Before the appearance of the currencies the exchanges were made thanks to the barter of tangibly useful products. Gold, for example among Native Americans in America, had no value as useless in everyday life.

Empires bring together human cultures and, in a way, their beliefs. Their main characteristics are territorial flexibility and cultural diversity. Harari with a lot of humor explains the standardization of global culinary tastes. Italian spaghetti did not exist at the time of Julius Caesar. India at the time of Buddha did not know the spice and the Swiss have specialized in chocolate for a short time.

The third unifying element of humanity are religions. The author makes us with brilliant history in a few pages: animism, polytheisms, monotheisms followed by the dualistic system in contradiction with the monotheism of an all-powerful God (good and evil, the devil and the good god, Marxism and capitalism etc ...). And then finish with syncretisms of all kinds. Harari explains that currently widespread religions (Christianity, Islam, Judaism etc ...) aspire to be universal whereas the ancient religions were local. He considers all beliefs, ideologies (communism, liberalism, humanism etc ...) as religions. The author therefore seems, like Sigmund Freud, to regard religions as schizophrenia. Original Buddhism has its favors, stripped of all religious sinecures.

Humanism is also a belief :

Sapiens a being subjected to his biology :

The author does not believe that man is free to think, nor does he have a soul proper to each individual. Instead, he thinks that human behavior is solely determined by hormones, genes, and synapses. The author privileges, with regard to the nature of human behavior, very largely the biological factors with all the consequences of the transhumanist type that we can perceive.The transhumanism theory in vogue in California's Silicon Valley where the book meets a great success. Harari explains not believing in a deterministic story, so it does not predict the future. He explains, according to him, two levels of "chaos": the level one chaos that allows forecasting and the level two chaos (pages 283) that prevents all predictions by nature because the forecast influences future action and the wrong. This is the typical case of most stock market forecasts, for example on commodity prices.

The scientific revolution began about five centuries ago. Harari also describes technical progress: "the industrial revolution is a revolution in energy conversion (see the section" figures "later on this page): steam engine, internal combustion engine, nuclear fusion .... Which has allowed the continuous increase in life expectancy but not necessarily the quality of life, according to the author.

It was the first time that men proposed a system (science) that did not claim to tell the truth definitively. But on the contrary decrees that one must continually doubt and question oneself, admit oneself to be ignorant, place observation and mathematics at the center of analyzes.

We remember this quote from Winnicott (English pediatrician): "We see how different science and religion, which replaces doubt with certainty" which seems to us perfectly illustrate the point of Harari.

The Europeans and their culture have conquered the world, according to the author, for 5 centuries, because they are eager to learn by questioning their certainties and beliefs during their travels, discoveries etc ...

Capitalism, credit, a belief in the future :

Capitalism was born thanks to the hope for the future that gave birth to the scientific revolution.

The author describes the different ideological variants of capitalism and dismisses ultra-liberalism, which builds the cult of non-intervention of the state. His argument is that the growth inherent in capitalist values ​​exists through trust, common rules, and justice. This also exists by the State and its actions of protection and regulation.
According to the author, the state frees the individual from the family and community influence (solidarity, employment, health, insurance, education, etc.) that imprisoned him and forced him in a certain way to remain what he he should be. Sapiens gradually gains freedom to choose their loves, places of life, work, lifestyle etc ...

New affiliations and beliefs are emerging, creating new communities, especially consumer (fan of such brand, such consumer profile). An era of prosperity as objectively never seen is currently underway on earth. The author shows us the figures in support, read the figures at the bottom of the page.

The author shows that peace is spreading (number of violent deaths in freefall) in the world thanks to several factors: nuclear deterrence but especially the cost of war and low profit that it would bring.
It describes the birth of an empire and a world civilization and thus a world peace possible thanks to a world community (communication, exchanges etc ...).

Modern period : an acceleration of history and permanent revolutions :

Harari underscores the dramatic acceleration of history over the past 100 years, and explains that the suicide rate has never been so high despite the opulence of wealth and the increase in life expectancy. The author offers us a little history of happiness, indicates that it is subjective and corresponds to the relationship between his expectations and his experience but also to biological phenomena specific to each.

The beginning of the future in conclusion of the book

Anticipating on his book "Homo Deus", which also disappointed us, the author tries a beginning of prospective as a conclusion of "Sapiens". 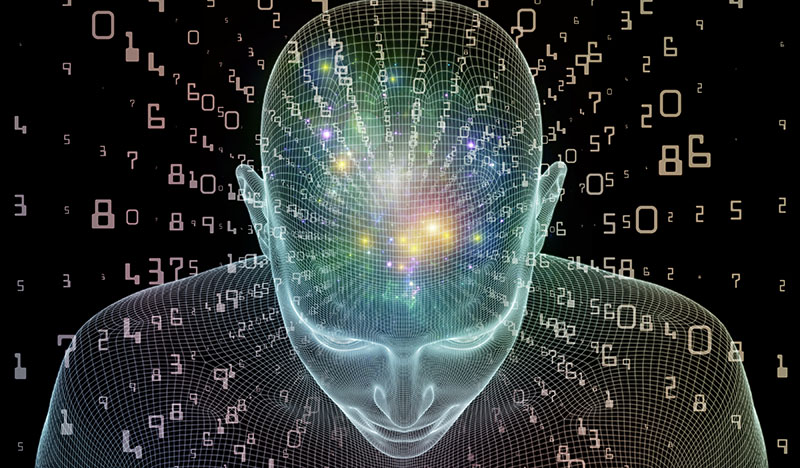 These evolutions will undoubtedly lead to the eventual disappearance of sapiens for the better or the worst. The only sure thing is that it's inevitable ... according to Yuval Noah Harari

Our opinion about "Sapiens a brief history of humanity"

Why we liked "Sapiens"

"Sapiens" is a flagship book that allows us in a few pages to better understand our origins and developments. The quote "Whoever does not know where he comes from can not know where he is going" finds here all his accuracy. The style of the book offers a pleasant reading, Yuval Noah Harari's pedagogical skills most likely explain the global success of "Sapiens".

Some questions and criticisms of "Sapiens"

The author seems to continually regret the origin of the times, a possible and hypothetical original purity. What some call progress is described as imprisonment and as a hand-over of man over man and man over animal. One may wonder if in some way this analysis is not a "rich western sport". The hunter-gatherer's happiness in symbiosis with its natural environment seems to us largely biased as the constraints of life in the wild are harsh and trying.
Harari probably does not take enough into account the benefits brought to populations benefiting from economic growth for example in China for a few decades even if all this is not binary (pollution, stress etc.), as it would be convenient to believe .

The author, quite clearly, ultimately promotes Buddhist philosophies and ideology without saying it very clearly, which could be criticized for promoting a certain fatalism and a certain passivity ...
It seems to us a pity that there is a lack of external and scientific references in the body of the text.

Numerous numbers and factual elements dot the book, here are some to stir your curiosity and want to read this book:

Some chronological elements of human evolution:

Get the book for more information...