The ski resort of Pelvoux Vallouise is located north of the Hautes-Alpes in the valley of Vallouise where you will also find the ski resort of Puy-Saint-Vincent. A little further north, visible from the top of the slopes is the resort of Serre Chevalier-Briancon and further east the cross-border station Montgenèvre, straddling France and Italy.
It takes about 3 hours to reach Pelvoux from Marseille or Grenoble. The beautiful city of Turin gigantic population basin, unfortunately almost "untapped", is about two hours drive, more than half by highway.

Does the Pelvoux resort match your ski desires?

The resort, although small in size compared to its neighboring high alpines, is particularly notable for its prices and its family character. Skiing, a sport reserved for a small portion of scholarships, remains an expensive activity. The price of the ski lifts in addition to accommodation costs and rental equipment. Less than 10% of the French population frequent the ski areas each year.
Packages to Pelvoux (€ 18.8 in 2018) are here significantly cheaper than elsewhere: about 40% less than in Puy Saint Vincent (€ 33.5 in 2018) and more than half as in Serre Knight and Montgenèvre, admittedly much bigger.

To enjoy the 360 ° feature, either use a recent computer or use most mobile phones or tablets using the YouTube app. It is then possible to move 360º in the video using your mouse or your fingers. Do not hesitate to choose in the YouTube settings 4K definition especially if your internet connection is good because this video weighs more than 580 MB. Links Youtube   https://youtu.be/SNzgEhOcP0o

The summit of the station culminates at approximately 2220 meters of altitude, the foot displaying 1235 meters on the meter. The total elevation that can be traveled in one go will cause you to descend almost 1000 meters of descent. The most athletic of you will find something to burn their thighs, quadriceps and hamstring included. A small video on this page proposes the descent in accelerated.
After using the new 4-seater chairlift from the bottom of the station, the summit is reached by a ski lift which should be replaced in 2019 by a more modern chairlift. The top of the slopes allows you to choose between a black run (Combe du Loup), where the cold snow is often perfect and a red run (Crête) whose panoramic and sunny view will dazzle you. 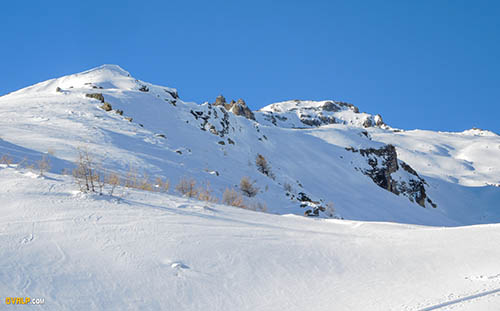 Many followers of ski touring (synthetic seal skin, knives, Arva etc? ...) extend the climb to the summit of "La Blanche at almost 3000 meters. Always remain cautious about avalanche risks in off-piste skiing, take advice from local professionals (weather, specialized staff of the resort, guides etc.) and remember that before the incredible rise of the "society of recreation ", ski touring was called spring skiing, ideal season for skiing in undeveloped space.
A paragliding take-off area facing south from the top of the resort will give you a perfect springboard. The thermal end of winter from the bottom of the valley allowing you can be incursions in the massif of the Ecrins and its summits with more than 4000 meters (Dome and Barre des Ecrins).
From the top of the station, the view emerges towards Puy-Saint-Vincent and the entrance to the valley of Vallouise but also to the more distant peaks of Guillestrois (Vars, Risoul) and Queyras. Further north, the Cucumelle Pass and the Serre Chevalier chairlifts are easily distinguishable, allowing the junction between Villeneuve and Monetier les Bains.
The trails wind from the top of the station to converge at the arrival of Préron chairlift, intermediate area (1850m) where the bar restaurant Péron awaits you. Another bar restaurant, as nice, is on the snow front at the foot of the slopes.
To note a nice initiative of the local inhabitants who realize each year a small village "Igloo" and associated animations, with the feet of the tracks, which deserve a visit.

A ski resort suitable for skiing and beginners?

Several areas (green slopes) are intended especially for beginners: at the bottom of the station, the ski lift of the Château d'Eau (night skiing, once a week) and the Brouisset. The blue slopes (Gentianes, Anemones) of the ski lift of Puy Aillaud (hamlet of the village of Vallouise), the sunniest part of the resort, are also a beautiful playground for learning all snow sports (skiing, snowboarding). etc ...).

The years sufficiently provided with snow also allow the practice of cross-country skiing in Vallouise from the bottom of the station of Pelvoux. The tracks follow the torrent of the Gyr along the valley of Pelvoux to Vallouise, then the beautiful and wild valley of the wave and finally descend to the entrance of the valley Vigneaux.

Some good reasons to come and ski in Pelvoux:

You will find many ski rental shops, possibilities for vacation rentals in quantity and quality, hotels and restaurants both in the different hamlets of Pelvoux (Le Sarret, Le Fangeas, Saint Antoine or Claux) but also in Vallouise (Center, La Casse, Puy Aillaud, Villard, Parcher etc ...). The municipalities of Vallouise and Pelvoux have merged to form more than one administrative entity in early 2017.

You understand that we strongly recommend skiing in Pelvoux. This is a beautiful ski resort that deserves to be more and better known, with many assets for your ski holidays in the Hautes-Alpes.

Hoverfly logos  in the picture below 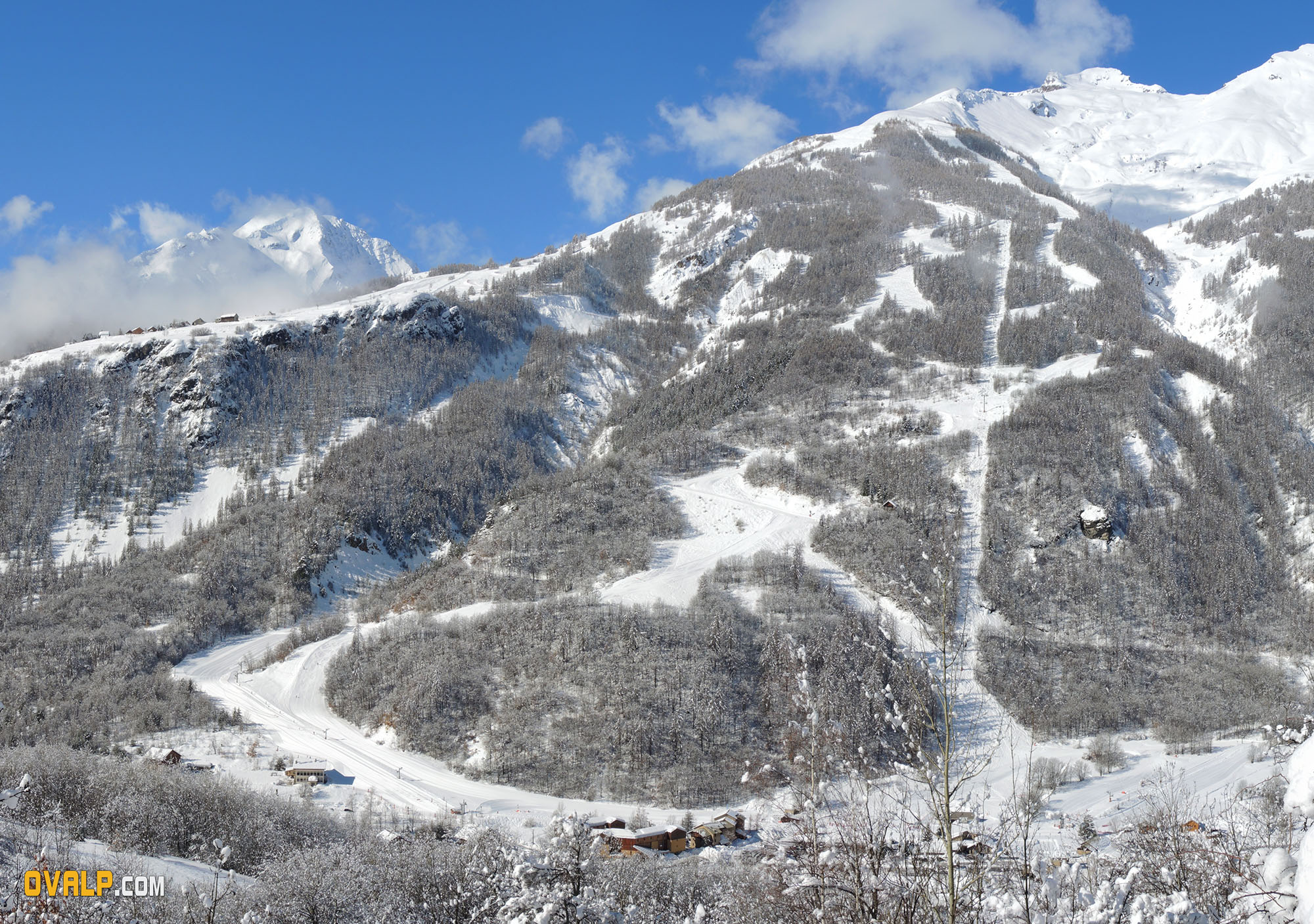 Bottom of the slopes