A place full of history conducive to meditation and meditation 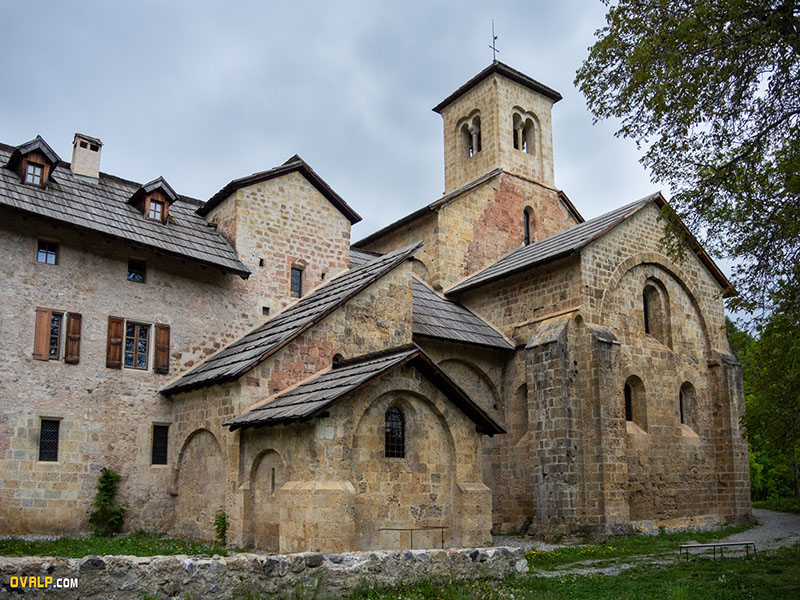 The abbey, listed as a historical monument, was built in the 12th century AD at the foot of Morgon, on the left bank of the Durance, by the Monastic Order of Chalais. "Nationalized" to the French Revolution then seat of resistance during the Second World War, it was renovated in the early 1970s.
It is a set of Cistercian inspired Romanesque style. Classically you will find a church attached to the abbey, a cloister and extensive green areas surrounding the religious building.
The abbey is no longer occupied by monks but by a Catholic religious community (Catholic community Saint-Dominique).
The place, especially out of tourist season, inspires the rest, the tranquility and will invite to the meditation those who practice it.
Note a very nice bookstore (see photos) which presents, of course, books related to Boscondon but also a wide choice of various books and varied in connection with well-being, as well as some food and craft items. 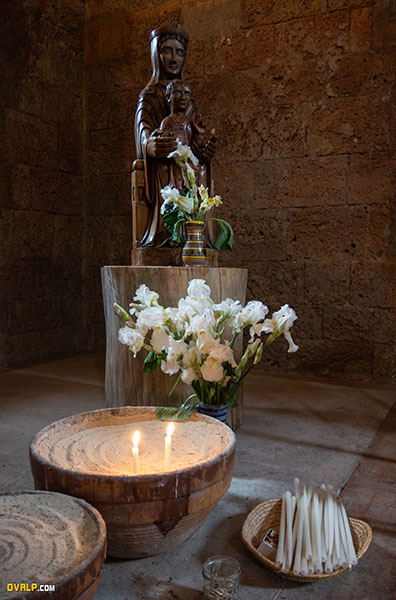 The association of the friends of the abbey of Boscodon runs the abbey since 1972 and organizes all kinds of cultural events: concerts, exhibitions, conferences, guided tours, craft workshops or various artistic and varied etc ....
Since spring 2018, new spaces, several large rooms adjoining the cloister, allow visitors to better understand the place and its history. Numerous digital tablets enhance the visit and give the opportunity to deepen the information presented through the panels and objects on display.
A first room, former refectory, deals with architecture (the art of the builders, geometric form, wood, stone, locksmithing etc.) and trades performed by the monks (work of the land, wood, masonry etc.) . A second room (heating room) concerns the historical aspect of the abbey chronologically with explanatory panels, documents and objects. The history of the renovation and architectural evolutions of the abbey occupy another smaller room. A large screen, in a small room, a dozen seats, continues to broadcast a small didactic movie well done including using aerial images.
This new museum space seems to be a success in that it will allow future visitors to better understand the place.