Panorama HD of Corsica seen from the mainland

Here is finally my (the?) First HD picture representing Corsica in all its length, especially the northern end of Cape Corsica. This photo, realized at the end of the night (at the dawn of a beautiful day in December) after a (small?) Night walk in the snow comes from an assemblage of 9 images ...

After the classic images of Corsica seen from the continent, here is my first HD picture representing Corsica in all its length, especially the northern end of Cape Corsica. This photo, realized at the end of the night (at the dawn of a beautiful day in December) after a (small?) Night walk in the snow comes from an assemblage of 9 images ...
Some other pictures represent only that part of Corsica emerging above the horizon, because the roundness of the globe limits the observations. A large part of Corsica rises on the horizon, but at low altitudes (200-500 meters), only the highest peaks can be photographed. The picture below was taken from the Authion area near the Col du Turini (Alpes Maritimes, department 06), known for being the place of passage of the cars of the rally of Monte Carlo (Monaco). The altitude of the area of ​​shooting is over 2000 meters and the Island of Beauty is finally discovered, at least for its face "North West".
The Cape of Corse is visible in full, without the Folicce, Stello (observation points of Paul Helbronner) or Prunu being confused with islands, which is often the case! It is even possible to zoom in on the picture to see the island of Giraglia, 2 kilometers to the north end of Cap Corse. You can see the light of the lighthouse, which culminates at a little more than 85 meters! With good glasses you will also see the wind turbines of Cap Corse.

Details of the panorama below:

The summits of three islands are more visible in the North East. The first is the island of Elba (Isola d'Elba) with its highest peak Mt. Capanne (1018 meters above sea level), a distance of 260 kilometers between the camera and the summit. Capri (Isola Capraia), which culminates at 445 meters above the Ligurian Sea is 220 Kilometers. The third island, barely visible, is Gorgone (Isola Gorgona), 35 kilometers from the Italian boot (Livorno), 255 meters above the Mediterranean Sea and 211 km away.
In the photo you will see boats between Corsica (Corsica) and mainland, the Tafunatu hole but also lights (lighthouse, airport, street lighting ??) in the areas of Calvi and Ile Rousse!

Fullscreen photo HD of Corsica, Wind turbines, lights and the Tafunatu hole since the continent

Click the + symbol (pictogram at the bottom of the photo) or directly on the panorama image to zoom in the image. The small window at the top left of the photo allows to move inside of it. 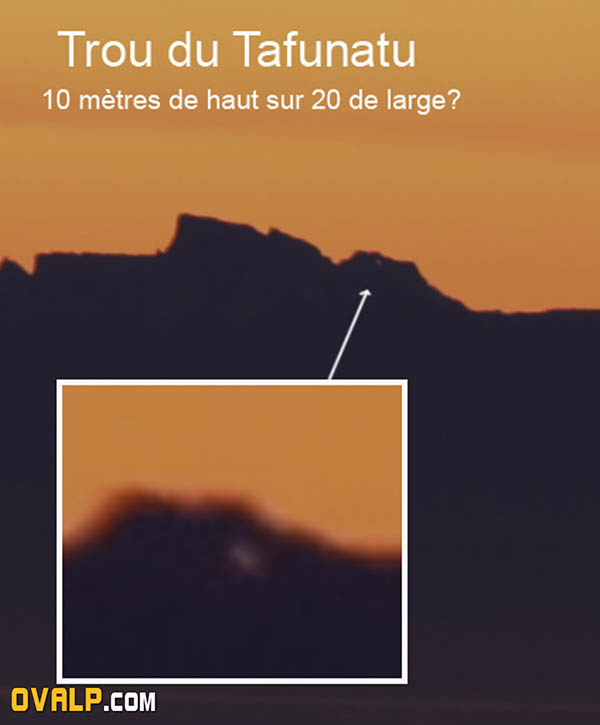 Detail of a photo taken a few minutes after the panoramic Corsica above (distance, about 217 km).

Panoramic photo Corsica view of the Mercantour by day (HD)

Photo of Corsica from the Mercantour massif realized at the end of the day, from the sector of Authion (Alpes Maritimes). The low layer mist limits observation. The isolated reliefs on the left of the photo are not islands. It is not the islands of Elba and Capri but reliefs of Cap Corse emerging above the horizon. The "same" photo is visible on this site but taken at dawn just before sunrise, visibility is complete to the islands of Elba, Capri and even the islet of Giraglia, North end of Cap Corse: Corsica from the Mercantour.

Fullscreen photo HD of Corsica from the continent (Day/Authion)

Click the + symbol to zoom in the image. The small window at the top left of the photo allows to move inside of it.

Fullscreen photo HD of Corsica from the continent : summits names

This picture is an assembly of several photos made with a telephoto lens. You can easily enlarge the image by clicking on the picture with your mouse or by clicking on the logo + (Stello, Prunu, Padru, Biancu, Mt Cinto, Paglia Orba, Uccellu etc ...). The name and altitude of the vertex (in meters) is indicated above the vertex. You also have access to a panoramic view of Corsica seen from the continent from the Authion (Corsica, Elba, Capri etc ...).
Claude Raybaud realized this identification of the Corsican summits in 1984. Claude is a photographer author in Nice specializing in mountain photography, aviation, modern architecture which published numerous books, among others: Summits of the alps of Azur T1 (2003) And T2 (2004) at Gilletta, Brazil (2005) at Campanile, Panorama of the Mercantour with identification of the summits (1996 always published) at Campanile, Cartography Course editions De Vecchi.
You will find these magnificent works in all good bookshops, especially in Nice: Sorbonne, Fnac, Virgin and the Magellan bookshop. More information about her work here: http://www.editionsgilletta.com/node/97
Here are some explanations about the method he used to achieve this identification:
"On a map in the 100,000th (1 centimeter = 1 kilometer) we first evaluate the mountainous areas that can be seen from the Côte d'Azur by aligning straight lines from South to East to North to West.
As soon as these lines meet peaks of a certain altitude, one can already have a rough idea of ​​the visible mountains.
These lines are then transferred on a map at 25,000 (1 centimeter = 250 meters) to place the slice of a sheet of paper perpendicularly perpendicular to the drawn lines.
The altitude of the contour lines marking the highest crest line is noted, taking as a marker a curve every 50 meters on average or one every 20 meters if the relief is more tormented.

Photos of Corsica in HD from Nice