The zoomable picture below was made with a Manfrotto pan head and a 200mm telephoto lens. Approximately 180 HD photos were taken from the heights of Puy Saint Vincent, then assembled by tiling and finally fragmented into several tiers of tiles into 139 files so that the internet user only downloads via his browser the details in which he zooms. The final number of fragmented images is 35,676.

HD pano in a new windows

Walk to the plateau of Oreac

The trail of the plateau of Oreac offers a magnificent panoramic point of view on the valley of the Vallouise. It is accessible most classically by the heights of the resort of Puy Saint Vincent 1400, then go to the Col de la Pousterle and turn right in direction of the head of Oreac. From the edge of the cliff (overlook) overlooking the Via Ferrata de Tournou you will have a view overlooking the Vallouise (Ville-Vallouise, Rier Bridge, Parcher, La Casse, Puy Aillaud, Le Villard), Les Vigneaux (as well as Bouchier) to Pelvoux (Les Claux, Le Sarret, Saint Antoine etc ...) but also on the "flan" is the massif of the Ecrins the head of Aval and D'amont, Condamine, La Blanche, Bans, Le Sélé, Les Ailefroides, Pic Unnamed, Le Pelvoux, White Glacier, Snow Cordier, Pointe des Arcas etc ... More to the east The Janus, Chaberton in the Montgenèvre area.

The picture above was realized during autumn 2017. The vegetation is particularly dry and the air unfortunately a little hazy that day. We will probably do it again this spring, do not hesitate to subscribe to our newsletter to be kept informed. Thank you Christine, Sophie and Stéphane for the help concerning the portage of the material (tripod, spherical head etc ...)!

Examples of zooming detail in the image 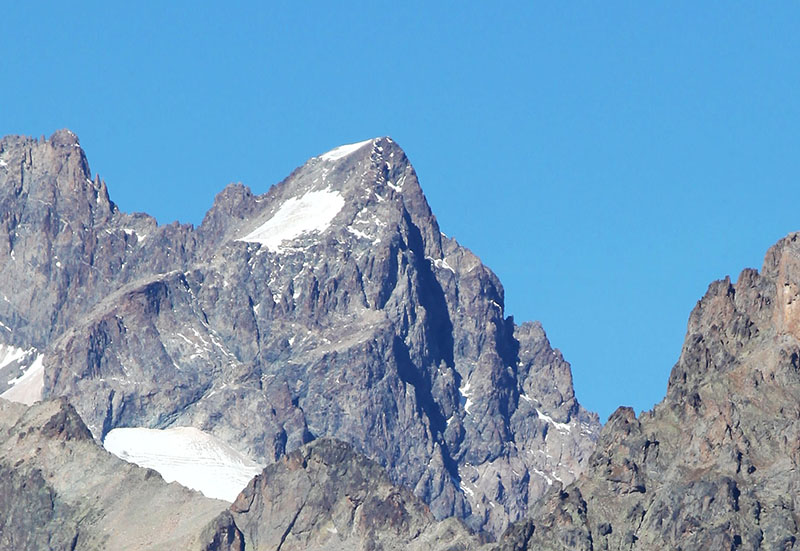 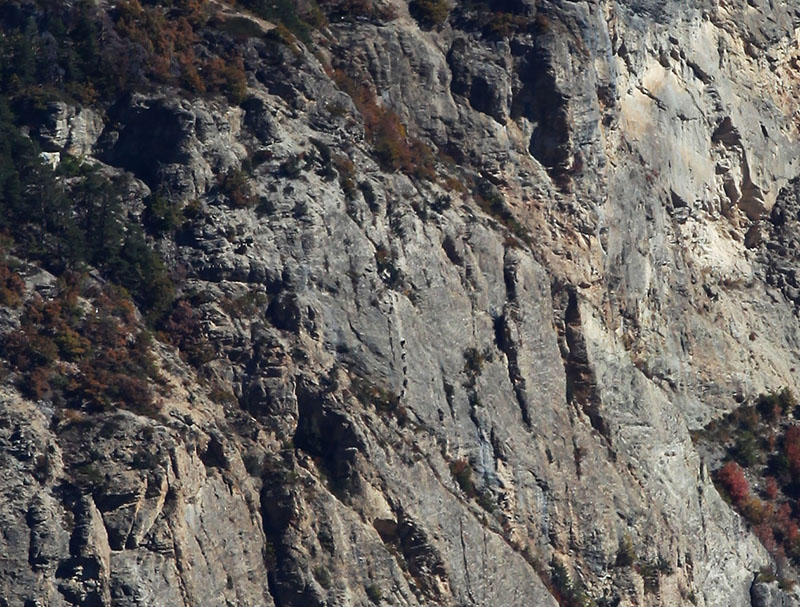 A screenshot of the tiling