Some ideas for outings and walks in the center of Copenhagen 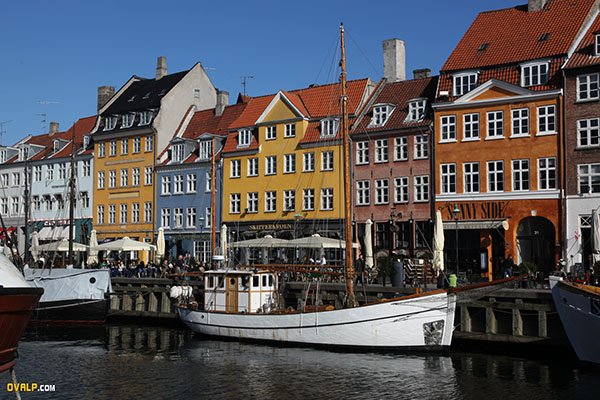 We had the opportunity to spend a few days of big blue sky in the northern city in early spring. An impression to see the inhabitants come back to the end of the winter that we imagine, long, wet and icy. The daily rhythm resembles that of a medium-sized city in France, many people travel by bike thanks to bike paths everywhere. The ultra center seems forbidden to cars, thanks to the almost universal presence of pedestrian zones. You can easily rent bicycles but also take a boat ride to discover the city widely crossed by canals, as in Amsterdam. The best known is the Nyhavn canal, lined with buildings more colorful than each other, a way surely to fight against the pallor of winter lights.
The Danes are open, welcoming and do not hesitate to respond kindly to the requests of tourists. Reception seems to be part of local habits despite the recent election results. We feel the proximity of the sea, opening to the outside, templin towards the rest of the world. The Strait of Sund, a close submarine mecca of the Cold War, nearby, was the Soviet navy's crossing point from the Baltic Sea and bound for the North Sea. It is spanned by a bridge (visible from afar on some photos on this page) that connects Denmark to Sweden, accessible in a few tens of minutes by train. Malmö is the first big Swedish city coming from Copenhagen.

Ideas for a week end in Copenhagen

Walking in the city on foot and by bike especially in the many parks and around the royal buildings. Walk along the main canal to see the world famous little mermaid. Go "brunch", or just buy a fresh salad salmon sandwich at the very friendly Torvehallerne market. Stroll through the carnival in the Tivoli Gardens, right in the city center.
The Best Western Hotel City, ideal for a romantic weekend, (Peder Skrams Gade 24, 1054 København K, Denmark) should not disappoint especially if you like Nordic breakfasts. The hotel enjoys a very central position.
The Marriot at the Bella Center, a 10-minute tram ride from the center, has an incredible aerial view from the highest floors, over the city lights and saves you the transport time whether you're in Copenhagen for a convention or seminar (on-site congress center).

Some illustrations of the Danish capital

Thank you for waiting few seconds loading the fifty images below.