Few pictures of the half marathon seen from inside during a too hot day : idea of thing to do the french Alps or idea of a new chalenge for others! [video]

Originally organized by the sports office of the regiment of snow Briançon (159 th RIA), the Asphalt racing endures over the years despite the growing popularity of trails. The route follows the thread of Clarée, from the beautiful village of Névache to Briançon, through Val des Pres and its hamlets full of supporters.
The vertical decent of 400 meters and the landscape, superb all the way, facilitate efforts despite often headwind. The descent of the gargoyle (central street of the old town of Briançon, fortified by Vauban) strongly urges the knees but it seems to leap in the air on this end of the course, even arriving among the last.
A great atmosphere, thanks to the presence of many Italians, always talkative and cheerful. A starting at 17:00 (15:00 at the sun) that requires good hydration under the sun in the Southern Alps!
Thank you to the organizers and volunteers throughout the course.

Half Marathon inside video Nevache-Briançon

A short video of the race: 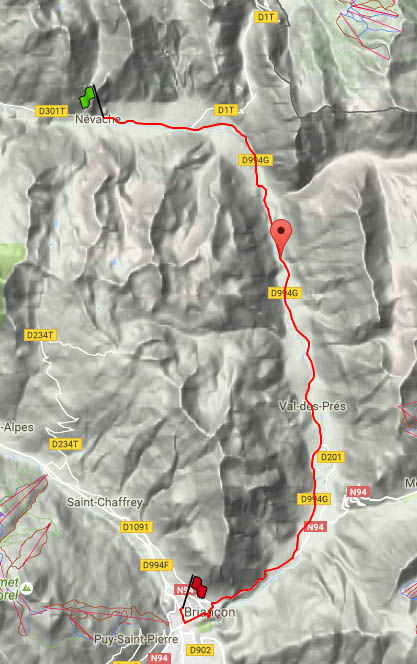