Getting to the rhythm of the Romans for a week

This blog article aims to make you want to discover Rome without making an exhaustive listing of all the monuments of the city, which are listed perfectly in all tourist guides.

Rome has a Mediterranean climate, allowing to go there all the year.
The Christmas period is a good time to visit the city, often with the southern sweetness of December and the fairy-tale atmosphere of the end of the year (only small flat town is slowly on December 25 and 26).

In order to make the most of your stay, we advise you to rent an apartment in the heart of Pratti, ideally placed for visiting the city, between the Vatican and Piazza di Popolo. For your travels, use public transport (efficient and numerous) and walk to soak you in the best of the sweetness of life and the authenticity of the life of the neighborhoods. Beware, the city does not have large supermarkets in the city center, you are obliged to do your shopping in supermarkets, specialized shops (caterers) or the many markets of the city. What strikes when arriving in Rome, airport of Leonardo da Vinci-Fiumicino, it is the contrast between these monumental ruins of antiquity that rub shoulders with the old and modern buildings.

Ideas for walks and visits 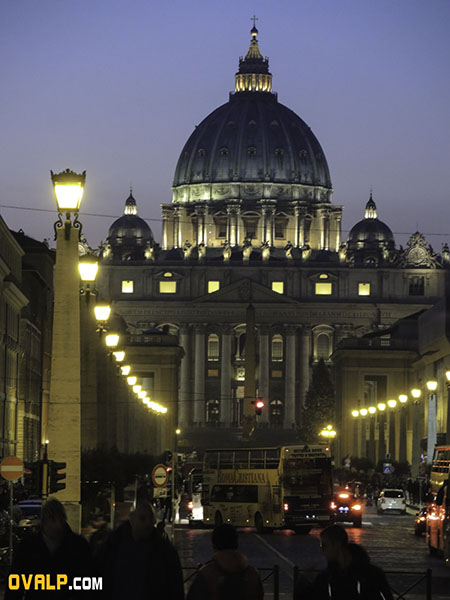 Undoubtedly one of the most mysterious and powerful places of Western civilization: the Vatican. This mini-state in the heart of Rome opens the doors of its museums and gardens to visitors to discover real architectural jewels such as the Bramante staircase, masterpieces of painting and sculpture present in a plethoric number.
It is impossible to see all these works in one visit. We must make choices, but it would be a shame to pass by the frescoes of the 4 rooms painted by Rafael and the fresco ceiling of the Sistine Chapel realized by Michelangelo, which will enchant you with its magnificence. Only regret, it is forbidden to take photos presumably to preserve the work.
Another magical place in the Vatican its gardens of nearly 23 hectares which shelter a very important flora and considered as a biotope.

If you wish to visit the Vatican, it is strongly advised to book your visit via the website, so that you do not have to wait 3 to 4 hours at least, in the sun or worse in the rain!
The last Sunday of the month admission is free but it is better to come very early from 7am to have a chance to return to the opening of 9am. Disadvantage, you will feel like you are in the subway during rush hour, preventing you from taking full advantage of these breathtaking places.

When one says Vatican one can not ignore the emblematic Piazza San Petro (St. Peter's Square) and its fabulous Basilica of the same name.
The Basilica of Saint Peter is, almost, the largest religious edifice of Catholicism. Its construction lasted 120 years and involved the greatest masters of Roman architecture Bramante, Raphael and Michelangelo.

If you have the opportunity, you will be able to attend a Pope's Urbi and Orbi blessing, which takes place in front of tens of thousands of faithful, at Christmas or Easter, it is an amazing moment.

Rome "Capital of Catholicism" has about 400 churches and basilicas. You can not of course visit all of them, but the Basilica of Saint Peter at the Links has the particularity of sheltering within it the magnificent sculpture of "Moses" executed by Michelangelo and which impressed so much Sigmund Freud. They are mostly free, unlike, for example, some Venetian churches. 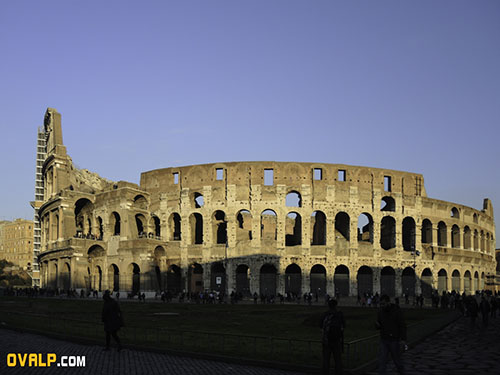 Other ambience: the Colosseum. This millennium monument could accommodate up to 75,000 people to watch the gladiator fights, circus games and other public events. "Panem et circenses" "Give them bread and games": a diversion strategy to divert people's attention away from economic and political problems, but also to limit their interest in knowledge and learning ...

It is also strongly advised to book your tickets via the website (beware of some sites offering tickets but higher), which will allow you to also discover the Palatine Hill (1 of the 7 hills of Rome) and the Roman Forum lungs of the " the local economy of yesteryear.

Fortunately some monuments can be visited free of charge like the Pantheon in the city center. It houses the largest dome of Antiquity, which has inspired the Paris Pantheon and many other places around the world such as the Capitol in Washington, the Hagia Sophia in Istanbul ... 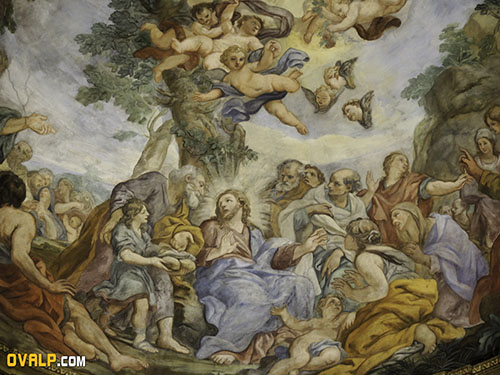 Enjoy being in the Pantheon area to reach Piazza Navona, one of the main sights in Rome. Piazza Navona represents with these two jewels the Fountain of the Four Rivers and the Church of Agnes in Agone one of the most beautiful Baroque ensemble of the city.
A true hub of Rome, Piazza Navona hosts the Feast of Befana for the epiphany, which marks the end of the Christmas festivities. The Befana is a sort of kind witch that rewards the wisest children with sweets and toys and for the less wise of the coal. It traditionally passes on the night of 5 and 6 January. For the occasion the square turns into a real Christmas market with many street shows and rides for children. A magical moment for the youngest.

A little hungry, a desire for pasta then go to Pasta imperiale via dei Coronari 160, a little way away from the piazza Navona and these many tourist restaurants. This authentic pasta bar offers a choice of fresh pasta and sauces made on site. A treat for a modest blow. Please note that there is very little seating (possibility to take away).

Just a few steps away from Piazza Navona is the Fontana di Trevi, known to all the world-famous film-goers for the mythical scene where Anita Ekberg bathes in the fountain in evening gown.
La Fontana de Trevi is unfortunately stormed by tourists. We advise you to go there relatively early in the morning and come back if possible in the evening to see it at its best angle lit by a thousand lights. 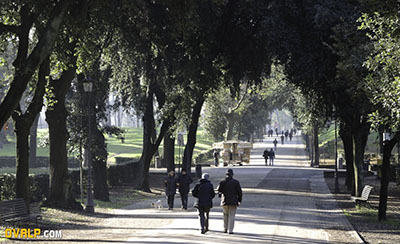 Rome has many parks and gardens that allow the Romans to easily get oxygenated in all the neighborhoods (Garden of Villa Doria Pamphili, Eden Park, Villa Ada, Rome Rose Gaerden with 1100 varieties of roses etc ...). A veritable green lung of the city, the garden of Villa Borghese offers many activities. Magic place for joggers in the early morning in the mist. You can also walk through the park on foot, by bike or in rosalia, while strolling between the ponds, the fountains, the vestiges of antiquity, the zoo of Rome and the fabulous Borghese Gallery, which we highly recommend you to visit. Attention you have to reserve your tickets via internet.

At the end of the park is the Académie de France, the cultural center, Villa Medici. The visit to this palace and its gardens is sumptuous as is the view from the terrace of the cafe that overlooks the city of Rome at 180 degrees. 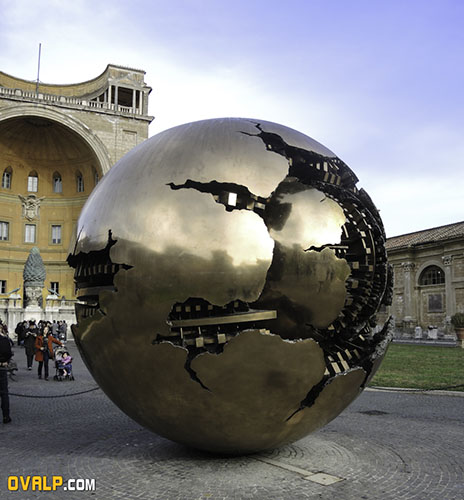 A few steps from Villa Medici is the Trinità dei Monti church, National Church of France in Rome, overlooking the famous Piazza di Spagna and its marble staircases.
A cosmopolitan and bustling district, Piazza di Spagna is home to many tourists who come to enjoy its staircases and its magnificent fountain to rest before heading out for a shopping session. Most of the major brands are located along Via del Babuino Avenue (Dolce and Galbana, Prada, Dior, Camper ...) in the direction of the monumental Piazza Popolo where a gigantic obelisk sits. You will then go down the via del Corso and discover at the end the magnificent Piazza Venezia with the imposing monument Vittoriano dedicated to King Emmanuel 2 and its panoramic elevator to discover a new panorama of the city. 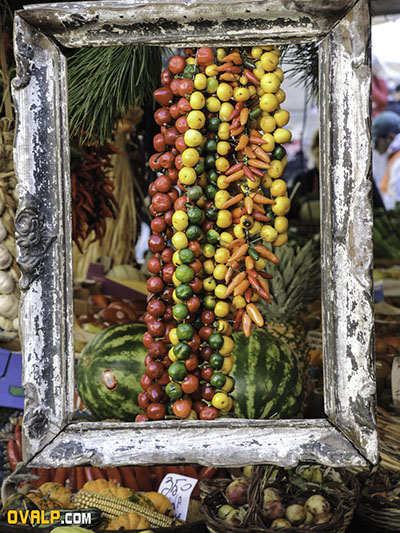