In April 2013, we bought a Rowenta RH857001 Air Force Havana broom vacuum cleaner 24 V. Used in duplicate with a conventional vacuum cleaner and always with care, it suffered a first failure, of course just after the warranty period of two years. A round of adhesive tape made it possible to avoid the setting aside of the precious tool. A second failure, fatal, occurred at the end of the third year of use this time with the tube flexible ( see image) connecting the suction head to the motor. Impossible to repair simply, or to surround with ribbon. Repair through the authorized repairer too expensive given the value of the object & nbsp ;!
We wonder, as in a previous episode about running shoes, about the possible obsolescence of this part of the vacuum cleaner. 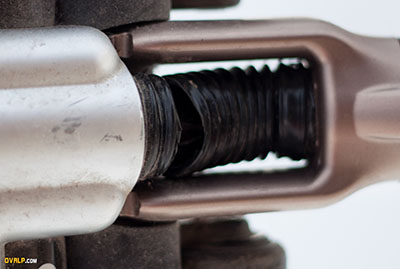 This flexible tube must have undergone repeated torsion tests to evaluate its life cycle, nothing seems very random in this case & nbsp; The tube may have failed due to misuse, its travel being constrained by the mechanical device surrounding it.

In the end we end up with a machine that is in very good condition but unusable because of a single basic component worth almost nothing in itself. Recycling will inevitably consume a lot of energy at a time when ecological themes are doing almost daily. 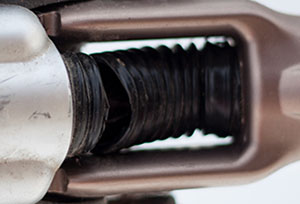 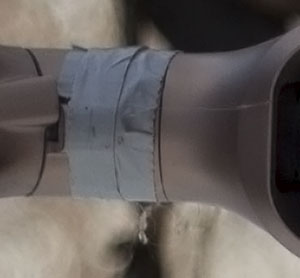 Impossible to imagine a repair as is the case in developing countries, beautifully described for example in the film Ady Gasy projected at l’Eden at Briançon in the french Haute- Alpes during an evening devoted to Malagasy cinema.

Rather than ending up in the trash, the Miraille at Prellesmay happen to give it a second life but we will not buy Rowenta products anymore!

Ps: Information taken, the repair costs more than half the price new for the change of this only small flexible visibly undersized in terms of solidity in time!